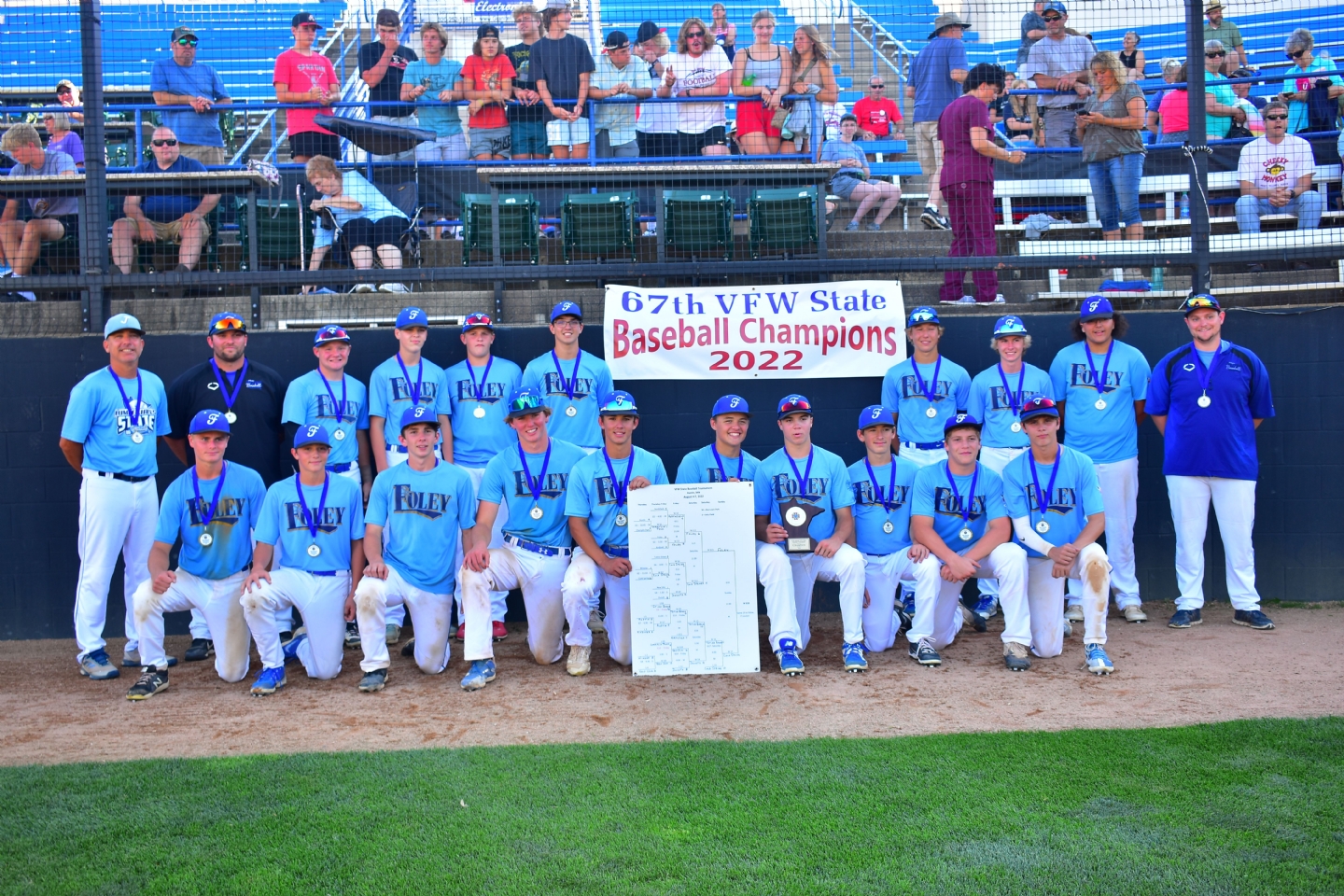 From its modest beginnings in 1955, VFW Baseball has emerged as one of Minnesota and the nation's finest Youth Baseball programs.

​The first State Tournament was held in 1955, a four-team invitational event because the program was in its infancy and only a handful of teams were participating throughout the state. West St. Paul Post #4462 won that tournament.

The next few years were difficult ones, as State VFW officials, cognizant of the need for more youth-oriented programs, tirelessly worked to promote more participation by state Posts.

That participation grew and it wasn't long before baseball champions were being crowned in a number of the state's Districts as a prelude to the Grand Finale - the State Tournament.

When Charles "Chuck" Loftus began his tenure as State Youth Director for the Department of Minnesota Veterans of Foreign Wars, he promoted participation in all of the state's nine districts.

"I and a lot of other people traveled around the state selling the program," Loftus remembers proudly today. "We sold the program until we got the nine."

Because a nine-team tournament presented more than a few scheduling problems, the Host Post concept was employed. Under the current set-up, the team sponsored by the VFW Post hosting the tournament is automatically accorded a tournament berth, rounding out the field to 10 teams.

​"We've had some really great tournaments," Loftus says, the smile on his face telling much about the quality of VFW baseball competition. "And every year these young people are getting better and better." "We have also had some top coaching in the program and youth in this age group really learn about the game - and DISCIPLINE!"

​From the modest beginnings in the early 1950's has emerged a program that now boasts 87 Junior Baseball teams and another 34 teams in cub and midget programs. All 121 teams are sponsored by Minnesota Veterans of Foreign Wars Posts.

​"We feel we have a good program," Dennis Bushy, 2001-2002 State Baseball Chairman, says. "If you want to see excellent baseball, these are the youngsters to watch. What I'm saying is being proven to you each year."

​Members of the Department of Minnesota Veterans of Foreign Wars haven't contented themselves with being satisfied with just a good baseball program, either.

​There are 31 other programs for the youth of the State, including hockey, football, soccer, wrestling, boxing, and canoeing, to name just a few.